La Zona Hotelera from Cancun, mecca of the Mexican Caribbean 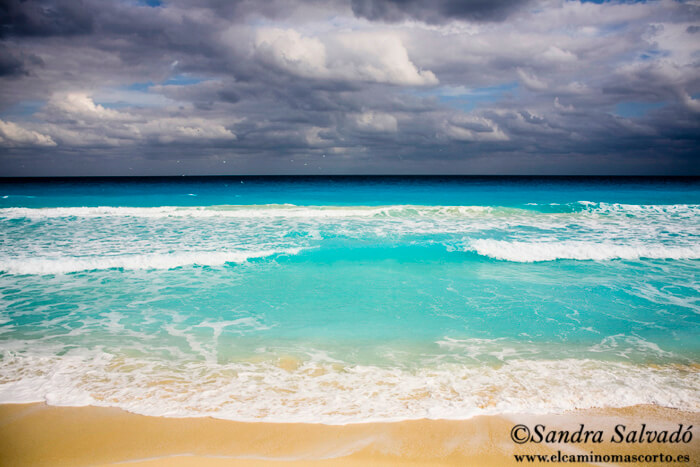 Cancun is the most inhabited population in the Mexican Caribbean, a city that was planned for the tourist. Known as Zona Hotelera Cancun occupies the best kilometers of the riverbank, where the color of the Caribbean is simply spectacular.

Cancun It is one of the most popular sun and beach tourist destinations worldwide. Their wonderful white sand beaches and the turquoise blue colors of its watersThey were a sufficient basis to create a very powerful tourist industry around it.

Today it is a dream place for tourists of all nationalities, a place with all the facilities and services.

Do you travel to town Cancun? Do not miss the information and how to move from the airport

Construction of the Zona Hotelera from Cancun

Cancun has two distinct parts: the city and the zona hoteleraTwo worlds apart Zona Hotelera for tourists, on the coastal strip, and the other, the city of Cancun, for the residents.

So it was designed to principles of 1970, when they begin to build the first hotels in this distant Caribbean area, with little infrastructure at that time.

Both parts are physically separated by a complex of gaps known as Laguna Nichupté, which reinforces the isolation of one part from the other: tourists and wealthy residents, separated from the rest of the people of Cancun.

La Zona Hotelera It was designed as a tourist corridor that today occupies almost all of the almost 30 kilometers of what was originally an island, with the beautiful Caribbean Sea on one side and a lagoon complex on the other.

This island of white sand of coral origin was modified to have a seven shape and join it to the Peninsula. It was enlarged, dredged, drained and electrified to build hotels, golf courses, marinas and everything. a world of tourist comforts and services.

What does the Zona Hotelera from Cancun

Zona hotelera it works as an autonomous city, with all the services that tourists may need. In addition to the hotels in the area, some 25.000 rooms, along the coastal road you will find: shops, restaurants, discos, travel agencies, beach and beach clubs, shopping centers, golf courses. One of the most sought after nightclubs is the Coco Bongo. Everything that a tourist could want Cancun offers.

There are also archeological zoness mayas like El Rey or San Miguelito that you can visit. Let's not forget that Cancun It is Mayan land, its name means city ​​of snakes in Mayan language.

Which are the Cancun tourist places safety pins

What atmosphere is in Zona Hotelera from Cancun

La Zona hotelera from Cancun it is a very wide space that covers the restaurants more fashionable to the taco stands on the street, the top designer brands with the usual tacky t-shirts, exquisite jewelery brands with souvenir shops, the most discotheques nice and fashion DJs with more peculiar antros.

This city moves between the cutlery and luxury, in Cancun you will find everything and for all tastes.

The tourist who comes to Cancun from all inclusive easily stays all your vacations in your area, hiring some excursion and little else. Here he finds everything.

Which are the Luxury hotels in Cancun

Tour operators and agencies allocate the zona hotelera from Cancun mainly to national, Canadian and American customers. Everything here has a somewhat Yankee air (Frenchy, as the neighbors of the north are called here).

These types of tourists are very comfortable in this small world with Mexican air and its well-known brands: McDonalds, Mr. Frost and Buba Gump bathed with tequila, margaritas and Mexican caps to the rhythm of mariachis.

Beaches of the Zona Hotelera from Cancun:

You can walk along the endless white sand coastline that bathes the Zona Hotelera from Cancun. This is how public space is run, thoughtfully designed.

Full Information Cancun Beaches How to go, which is recommended for children, there are turtles, where to practice water sports?

Remember that hundreds of people come to these beautiful beaches every year turtles to spawn, and it's something you can see.

Do not stop doing this activity with the turtles in Cancun, it is unique.

The tourists that are they stay in Zona Hotelera tienen a beach plot that corresponds to your hotel. There's also beach clubs or day passes to the hotels, which allow you to enjoy the beaches of Cancun as if you were staying there.

Local discount in the Zona Hotelera from Cancun:

Zona Hotelera It also houses permanent residents in condominiums with views of the sea and the lagoon, and luxury homes with private marinas. The Cancunians that live in the city usually go to zona hotelera looking for party nights, good concerts, restaurants, beaches, to spend a little time from time to time or sometimes months and do not go, or years.

When we go we use the resident discountBecause zona hotelera It is the 20% more expensive than Cancun. In this world of tourists we like to feel local, and the discount is appreciated.

How to get there by public transport Zona Hotelera?

From the city of Cancun there are 3 buses (trucks) that go to zona hotelera: the 1 route, the 2 route and the 27 route. The 27 route passes through the central Plaza de las Américas, it is the bus less frequent route. The route 1 and 2 pass through the square of Ceviche, ask and easily tell you. All routes have continuous stops along Zona Hotelera, very convenient public transport. The 1 route connects you Zona Hotelera with Puerto Juárez, where the ferry more economical a Isla Mujeres.

You can go by taxi from Cancun, the rates are regulated: the taxi can charge you from 90 to 390 pesos, depending on the kilometer you go.

How to get from Cancun to Playa del Carmen

Every year Zona Hotelera from Cancun receives new floods of tourists eager to live Mexico locked inside the beautiful postcard of blue dreams and white sands.

LOCATION: La Zona Hotelera from Cancun It is located on the banks of Cancun. El Cancun International Airport, the largest passenger entrance, it is 12km from downtown Cancun and 20 km from the heart of the Zona Hotelera. Cancun has its Km.0 in Av. Bonampak with Av. Kukulcán (the road that runs zona hotelera): here begins the tourist area and ends some 25 kilometers ahead. HOW TO GET IN PUBLIC TRANSPORTATION? From Cancun there is 3 trucks (buses) that go to zona hotelera: the 1 route, the 2 route and the 27 route. They have continuous stops along the route, very practical. You can go by taxi from Cancun, the rates are regulated. WHAT TO DO? There are different shopping centers: Plaza Caracol, Plaza Kukulcán and La Isla group all the most prestigious international and national brands. In the Plazas and along the Kukulcán avenue you can find different restaurants, some at the foot of the lagoon are the most exquisite in the area. Concerts and shows are held throughout the year in the nightclubs of Zona Hotelera. You can practice all kinds of water sports and take the excursions you want: Chichén Itzá, Tulum, Rio Lagartos, Xel-há, Isla Contoy, Isla Mujeres .... to not get bored TIPS: for discount of cancunense you must present a credential that places you as a resident, even the Costco card may be valid. In most restaurants, bars and shops it works.