Discover XCambó, Mayan city of Salinas on the Yucatecan coast 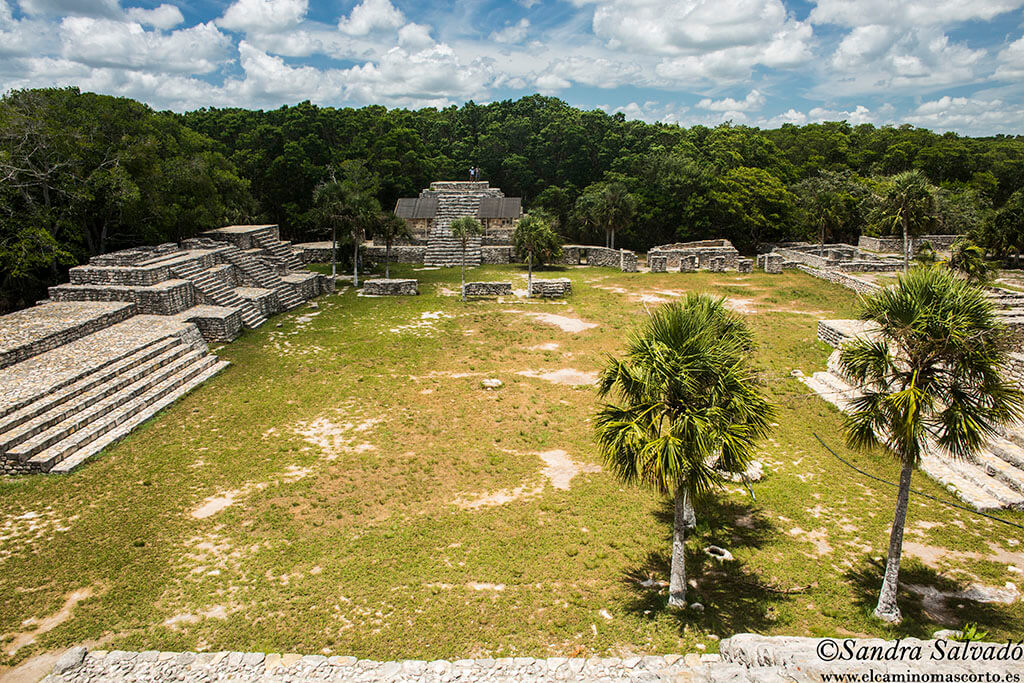 The ancient Mayan city of XCambó is the most remarkable of the Mayan remains on the northern coast of Yucatan. Since ancient times this area of ​​salt flats has been an important commercial port.

X'cambó It is the most remarkable city on the northern coast of Yucatan, the largest vestige that we find in this area of ​​salinas. Since ancient times it has been known that it was one of the gates of the salt trade.

Our commercial networks in ancient Mayan time They were very elaborate, uniting cities and cultures as far away as the cosmopolitan city of Teotihuacan, very close to what is now Mexico City, with Copán, in southern Honduras.

The salt of XCambó

El Mayan name of XCambó (Xcambó) means according to official sources celestial crocodile (one of the emblematic symbols of the Mayan world) or place where exchanges are made.

It is known that salt was an important product of trade in X-Cambó from the late pre-classic period (100 BC - 250 AD), and reached its peak in the early classic (250-600 AD) reaching its splendor around 900 AD At this time X'cambó was the port most important exchange in Yucatan.

As you inform us about the salt the Authentic Mayan website (this website is not currently in use)  «It is estimated that in the early Classic Tikal with about 45,000 inhabitants, approximately 131.4 tons of salt were consumed per year. It was not only required for diet, but to preserve meat, for ritual and medical uses, as it is believed to have been used at birth and death. A midwife would offer salt to both parents and a saline solution would be spread throughout the home after the death of a family member. The experienced warriors wore armor that was cotton vests filled with salt rocks, the equivalent of the modern "armored vests" that the Spanish exchanged for their metal armor, as they were much more effective in the jungle. "

Together cOn the salt they left from X'cambó other raw materials as species of shells and snails, cotton, aquatic birds and other animals, as well as articles manufactured in shell or bone, which they exchanged for raw materials and objects of obsidian, jade, pyrite or basalt, precious stones of the Mayan world.

In X'Cambó more than 600 buried bodies were found, some of them in what is called the Temple of Sacrifices. It is one of the main buildings of the enclosure. It has been found that some bodies are not Mayan, highlighting the character of X'Cambó as commercial port of passage of different ethnic groups of the continent.

In Temple of the Masks we can see two stucco masks protected today from inclement weather, the most determining factor in the deterioration of ancient cities.

A modern chapel built on the pre-Hispanic buildings of X'cambó is a place of pilgrimage and worship of the Virgin of Xcambó (It is that of Asunción), which is celebrated on the third weekend of the month of May. On the Sunday of celebration, they walk the Virgin through the enclosure, where they say that she appeared 50 years ago.

The religious syncretism of the Mayan people is reflected in the XCambó area with contemporary offerings found at cult of the aluxes, the naughty little beings of the Mayan world. Surely we are facing one of the ancient Mayan cities most active in celebrations today.

How to go to Dzemul saltworks

La archaeological zone of Xcambó It is located in a wetland surrounded by salt flats, a beautiful landscape that you can enjoy on the way to the ruins, parking in the Dzemul salt flats, where you can stop to walk the place.

To this coast known as Emerald coast not much foreign tourism arrives, not counting those who disembark for a few hours from cruise ships in nearby Progreso. This beautiful area is chosen, in addition to the Meridans of the capital, by Canadians and Americans to spend their cold months. They don't know anything 😉

Do not miss X'cambó nor this area, you will enjoy with the landscapes of Costa Esmeralda.

LOCATION: X'Cambó is located 37 kilometers east of Progreso, on the Costa Esmeralda highway, 27. The ruins are well indicated, near the area of ​​the Dzemul salt flats, where you can park to see. SCHEDULE AND SERVICES: open from 8 a.m. to 17 p.m. daily. They do not sell drinks or food inside. There are services at the entrance. PRICE ENTRY: 65 mxn. The Sundays the entrance of INAH is free for Mexicans and permanent residents. Access to archaeological zones is free every day to children under 13 years, students, teachers and senior citizens with valid credentials. HOW TO GET IN PUBLIC TRANSPORTATION? From Mérida the bus that passes along the coast “el costero” leaves from calle 50 x 67 and makes several stops on the coast: you must ask the bus to get off at the street that goes to Xcambo. From here you must walk 1 km to reach the site. From Mérida, buses leave for Progreso de AutoProgress Terminal. as 62 Street between 65 and 67. From Progreso there is a bus to Xcambó or taxi service. WHAT TO BRING? Light and light clothing, hat, insect repellent, sunscreen and some water always goes well. The heat in this area hits hard, especially from April to September. 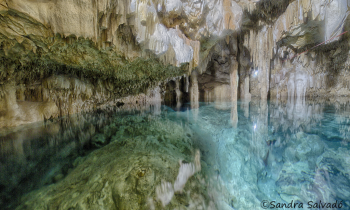