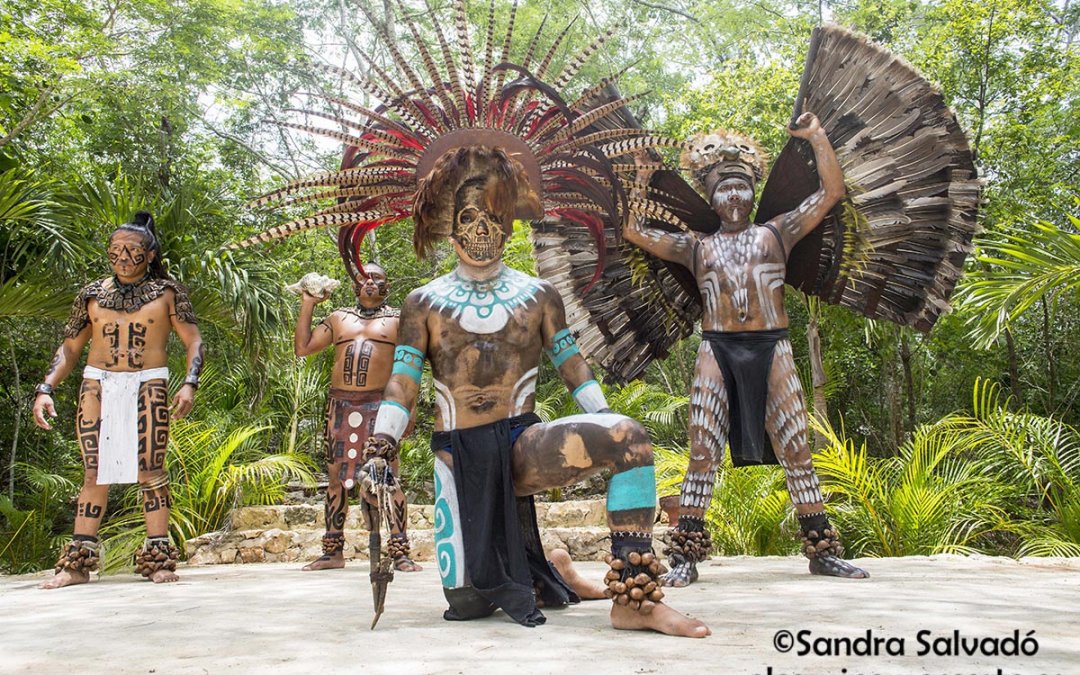 When the Spanish conqueror arrives on the Yucatan peninsula, he finds a living Mayan people and culture, but not the great Mayan civilization: it had been in decline decades ago. Scholars give the end date of the Mayan civilization around the year 1521 AD, and the Spanish begins the conquest in Mayan lands in 1527 AD

The Spanish conqueror, upon his arrival in 1527, struck and transformed the reality of a culture that was far from living its era of splendor, submitting and drastically changing its realities. The conquest was political and religious, changing the panorama of the native peoples, and transforming the thought religious tourism giving way to the curious syncretism that we live in today.

The Mayan civilization lived its apogee from 200 BC to 900 AD, at the time of the Classic Maya. From 700 AD the so-called Great Mayan Collapse is located, which was about 150 years of prolonged crisis caused by different factors.

Without a global consensus, the crises are attributed to internal wars among the ruling elites, years of struggles with other city-states, abuses of power over the population, the overexploitation of cultivated land and other natural resources, climatic factors such as droughts. and hurricanes. These seem to be the main causes that caused the collapse of several consecrated cities that succumbed in a domino effect throughout the Mayan territory.

The probable civil uprisings by the population, great famines and diseases that cause migration, with the consequent abandonment of cities and interruption of trade, disconnecting the union and strength between cities and stopping scientific studies and advances.

Approximately from 700 AD, the abandonment and transformation of many consecrated cities such as Palenque, Caracol, Yaxchilán, Tikal and countless others seems clear. Famines, diseases and wars accumulated corpses, pockets of disease, polluted waters, destruction, depleted farmlands. All this computation of situations makes it impossible to live in established cities, you have to migrate.

As happens throughout the history of mankind, in times of war and crisis there are great migrations. In this case the Mayans went from south to north, towards the Yucatan Peninsula.

Upon the arrival of the Spanish colonizer, the Mayan people were divided into families with illustrious surnames of what were once great lineages. There were the powerful Cocomes, the Tutul Xiúes faced with these, the Cheles in trade restrictions with the Cocomes, the Canules, allies of the Comomes, the Cupules, those with the greatest number upon the arrival of the Spanish conqueror, but not the most warriors.

In this difficult land, most of the neighbors and families were fighting with the one next door, and containing rage against the families they dominated. Some Mayan families like the Tutul Xiúes made pacts with the Spanish to the detriment of the neighbor. In many wars, the foreigner looks for internal fights to take advantage of.

The Mayans, upon the arrival of the conqueror, remembered the great cities of their grandparents, which they barely inhabited. They continued to perform ceremonies in the ruins of their ancient cities and cenotes, but there was no elite living there that ruled the people in a structured way. The dispersion and the decline had been tangent for years.