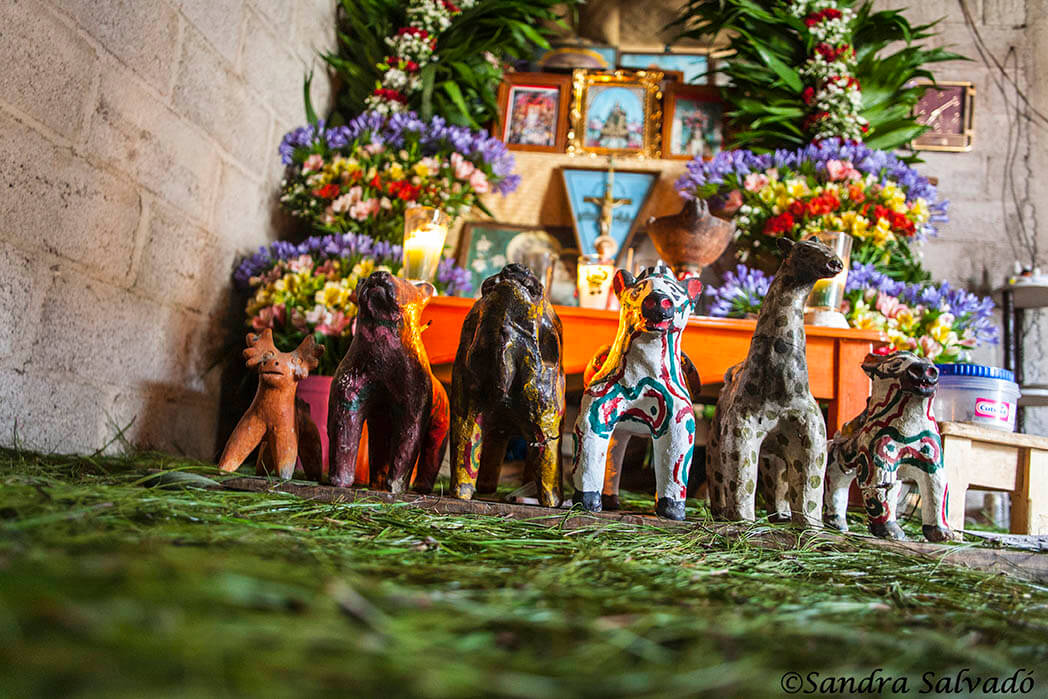 Many of us were surprised by the religious fusion that the Mayans adopted before the arrival of Catholicism, which ended up prevailing in the primitive culture. How to explain the syncretism between Catholicism and Mayan beliefs?

Focusing on the Mayan people, Although it would be very similar in other American native peoples, we will try to reflect on how this is achieved religious syncretism that today practices the complete of the Mayan ethnic groups. This is a reflection of my own, an approach to the subject, I am nobody versed in the subject.

I believe from the lived in the innate or cultivated nature of the human being towards a religious behavior without having to question the faith. We humans are staunch believers, we are inhabitants of the Planet Religion. Since our origins we have tried to justify the inexplicable through gods, beliefs, myths, religions by something superior that we do not understand, we attribute it to the gods. I personally had a religious upbringing, which I appreciate in many ways, but I don't have faith or believe in gods.

El Mayan townLike most humans, it is a highly religious people, whose gods mixed 500 years ago with the new Catholic god, creating new doctrines. His religiosity and faith, the basis of the human being, remained intact.

The arrival of the new god and the consequences:

We must place ourselves in the tiempo that this encounter between Maya y Spanish Catholics, who came to evangelize the Gentile souls. Here there was clearly a war religious, in addition to territorial conquest.

The Spanish conquers they arrive in 1547, more than 500 years ago, when the belief in the gods was absolute, without the glimmers of doubt with which we live today: years ago the gods were not discussed, it was believed in them, period, much more than today. It was a more innocent humanity, younger, with much less information and fissures.

During the Conquer time, the catholic religious was in charge of annihilating the Mayan idolatries and cults, which he considered acts of heresy. There were many episodes of destruction, persecution and torture of the Mayan culture and people. The Auto of faith de Peanut It has happened as one of the most violent events in the conquest in the Yucatan Peninsula. A barbarity without discussion of the Catholic Church. There was undoubtedly a religious struggle, as well as a territorial one in Mayan lands.

The Spanish religious They showed that their god was more powerful after one and another victory in Mayan territory. Their god ended up humiliating the Mayan gods, he defeated them, he was more powerful.

Despite this Catholic victory and the subsequent imposition and welcome of the new god, the Maya privately continued his own liturgies with his Mayan gods. They integrated the new Catholic god into their culture, after all he was more powerful, he defeated the Mayan gods. The Mayan gods and the Catholic god begin to live together in the thought and culture of the Maya.

On several occasions I have had the opportunity to talk with Maya about religion, the issue arising in worldly conversations. In one of them, Gilberto, a Mayan from El Naranjal told us this: "Before, with the ancient gods, sacrifices could be made and people killed, with the new god it is sin to kill. Well now it does not kill, you can not ». Everything is in constant movement and new thoughts merge naturally.

Why the Mayas continue with their rites if the new god does not allow it?

Let's go back to the cultural bases: the Maya have an understanding polytheistic, so he lives with genetic ease, so to speak, adding to the new Catholic god in his history. The new god arrives in 1547, defeats the Mayans and now commands. I get it fundamental polytheism of Maya as the basis for this syncretism by the fact that it is not changing gods, only coupling them. There are also other factors that helped fit the Mayan gods y the catholic, as the sacrifice of blood as a union (Christ nailed to a cross as a symbol of the Catholic faith and the need of the Maya to shed blood) or the existence of crosses in both beliefs (a symbol widely used throughout the Planet). There will be other factors that add up in this symbiosis of which I have no knowledge.

And the Maya thinks "It is true that the Spaniards claim that there is only one god, but what will they know? They are only men speaking in mouth of the catholic god, they can be wrong«. After all, their gods had always taken care of them, of course they do exist How are they not going to exist?

So liturgies and behaviors are changed, integrating the new catholic god and the new liturgies that this god requires, but continue with their gods in their private lives. As we have said, any Mayan religious practice on the part of the conqueror was punished.

The new god brings new knowledge, but does not know corn, about diseases, he does not know about rain, he does not say anything in his liturgy about how to take care of his milpa ... the new god comes with other teachings that he couples, adapts, fits into his culture, creating this curious syncretism that we see in so many and many cultures of the Planet.

East syncretism makes the Maya, although Catholic, value death differently, creates in its own jmeen (shaman), interact in closer cults with their Mayan gods, sacrificing chickens or other farm animals in necessary blood offerings, doing ceremonies in the cornfields, in the open sky, as they used to do. Or in caves, considered the entrances to their underworld, one of the three levels of your worldview. It is an exciting canvas where one would spend hours wandering and learning.

I leave you the video of the Mayan ceremony Ch'a »Cháak to attract the rain.

In this simple way I get the feeling that the pieces fit together, simplified in plan story. If we look, most beliefs and religions are based on stories that are somewhat improbable and childish, we should not be surprised by the amount of stories we believe with absolute faith. Even the scientific way of telling the story of the Planet is like a magic tale, we are dust of stars.

Surely my thinking expands and varies over the years, that's one of the good things about living and learning. Traveling is a great medicine to expand knowledge.