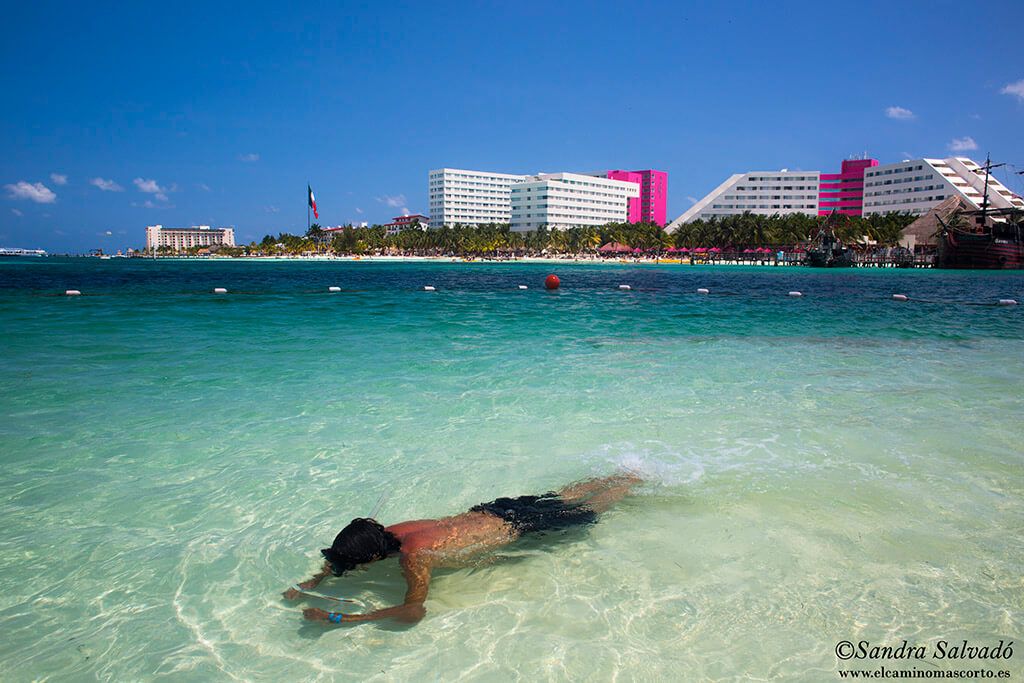 The issue of security in Mexico It is one of the factors that most worries the traveler who arrives in Riviera Maya. Many visitors ask about the safety of the area, is it a safe destination, can I travel by free, what should I worry about?

Cancun and Riviera Maya is a very small area of ​​all of Mexico, but it is very important because it receives a large number of visitors throughout the year. One of the great doubts of the foreigner to visit Mexico is to know about security.

The news in the media about violence in Mexico are not the most encouraging for the traveler, and it is usual that many tourists who come to Riviera Maya The security issue worries them.

From the outset to say that Mexico is a huge country with a very wide range of situations, being the area of ​​the Yucatan Peninsula, where is Riviera Maya, an estimated destination as safe, something that interests those involved in tourism businesses and is agreed.

This entry is just trying to see the reality that can affect you as a tourist in the Riviera Maya area, in Quintana Roo. The states of Yucatan and Campeche are much safer than neighboring Quintana Roo. These three states form the Yucatan peninsula.

The destination of Riviera Maya and its characteristics:

Riviera Maya it is prepared to receive and treat tourism with care, it is a destination for large hotel complexes, where interests turn in favor of powerful tourism companies. Much of the Mexican Caribbean is organized to package tourism with plane + hotel, the famous all inclusive. The striking offer of archaeological sites, cenotes, parks and activities makes most want to leave the hotel to get to know the area, at least it is estimated that they will make one excursion per family. The trips are an important niche of money for the tourism industry.

Once the visitor reaches the international aeropureto of Cancún, they pick you up on departure, transfer you to the hotel and the next day you have a presentation by your tourist agent where they will tell you about the excursions you can do. Well, in the transfer from the airport to the hotel several have commented to me that the driver or companion emphasizes that it is much better for your safety That you do the excursions with them from the hotel, they say that renting a car is very dangerous, they recommend not taking street taxis (they are demons that they will rob you).

In short, they scare the newly arrived visitor so that they will not do anything outside their circle of economic interests. That is a good and comfortable formula for many, but not very ethical on their part.

Personally I do not like this policy of fear that inculcate in tourists just get off the plane, the one that I encourage you to move on your own or give you other alternatives is not to the taste of some, but I am a tiny insect within the great tourist infrastructure.

In addition to these unfounded fears generated by the tourism industry itself, What is true about the security issue? I do not consider the area a dangerous place for tourists, the possibility of moving and travel by free It is easy, safe and simple.

UPDATED NOTE:  In the year 2017 there have been internal conflicts between drug cartels and Government in Quintana Roo that have affected security in this area. It would be very imprudent of me to ignore them. As a tourist you probably won't even find out, but here they are in a territorial war.

That said, keep in mind that you're in a Touristic area, and as in all human jungles there are dangers. There are dangers such as theft in distractions, scammers, the smart taxi driver, inflating prices with the bills. So in addition to take basic precautions, here put a little more attention because the tourist is always a walking dollar, and between the sun, the constant smiles and the daisies one goes too relaxed.

Practical tips: Take a photocopy of your passport in a sealed bag, and store it in a different place than the originals. What's in the waterproof bag is very backpacking, but it has saved me from dipping the photocopies of my documents on occasion. Losing the documents is a roll, and the photocopy can accelerate the resolution of the problem. In the hotels there are usually security boxes.

Sun and insects, Yes, you read it right. We come to the Caribbean lands wanting the sun, and some manage to get like lobsters and skins falling in strips. Protect yourself with a good hat and drink water to hydrate constantly, in addition to putting sun protection all over your body, a much better biodegradable type.

And above all, traveler, do not forget protect yourself from bites of insects like the mosquito, that transmit diseases like dengue, chikungunya and zika. Surely this does not tell you much, but there are cases in the Yucatan Peninsula of these diseases, so protect yourself with repellent. The mosquito hour Fierce is at sunset and at dawn, at that hour better try to be in a closed place.

The aim is to propagate a conscience education in the population to prevent it, which is the best way to get vaccinated. In the hotels and in the towns they go to fumigate (personally I do not know which is worse the pesticide or the mosquito).

Warning if you rent a car in Riviera Maya:

Some friends who have rented car they have explained to me the tricks that are spent police to get money from them. The sad reality is that they see easy prey for fine to foreigners in rental car. What should you never do? One is to skip the Speed ​​limitsOn federal highway 307, the one that runs through the Riviera Maya, there are several checkpoints. Do not drive talking on the phone, and be careful to skip the semaphore in red, from amber to red changes very fast. Here are some tips for driving through the Yucatan Peninsula and as a dessert the anecdote that Cesar explained to me, a traveler with whom I became friends thanks to the blog:

«Before reaching the zona hotelera there was a control of police and they asked us the usual thing at the controls, where do you come from, where are you going, when you go to Spain ... That was our last day because we we were going al day next and we told him that we we were going tomorrow to Spain and we told him the hotel where we were going. Well, just at the entrance to the hotel I stopped a car from the police and he told me he was going to 80 when road It was from 60 and 70. The truth is that I it seemed strange because I was going slowly looking at the colored letters of Cancun in Playa delfines, looking for the hotel and other. He police me he asked driving license and he went to his car and told me to go there.
I wonder when I was going and other and when I told him that tomorrow, he told me that he had to take away my driving license and that he had to give me a fine of 2100 pesos. That he had to pay the fine at the Cancun police station and pick up the card there al day next. To which I said but if tomorrow I will go in the morning !!!! and I already it started to say then to see how we fix this ... because if you go tomorrow ... I told him that the would see what I had to do and the he insistedI already knew about the bites and I caught him from the first moment but he made me the longuis and the he insisted. Well, I you will get I have to give something ... in the end, the fifth or sixth time he said it, I told him, do you want money? Well, I don't have pesos because I'm leaving tomorrow, I only have 30 dollars left, and he told me, give me what you want because I don't I ask for nothing. I gave him 30 dollars that picked up his partner who was oblivious at all times to the conversation and told the other only this? The other answered what if he told me that I could go, they left ago and they freaked out ... freaking out. »