Discover the Mayan labyrinth of Yucatan at Oxkintok 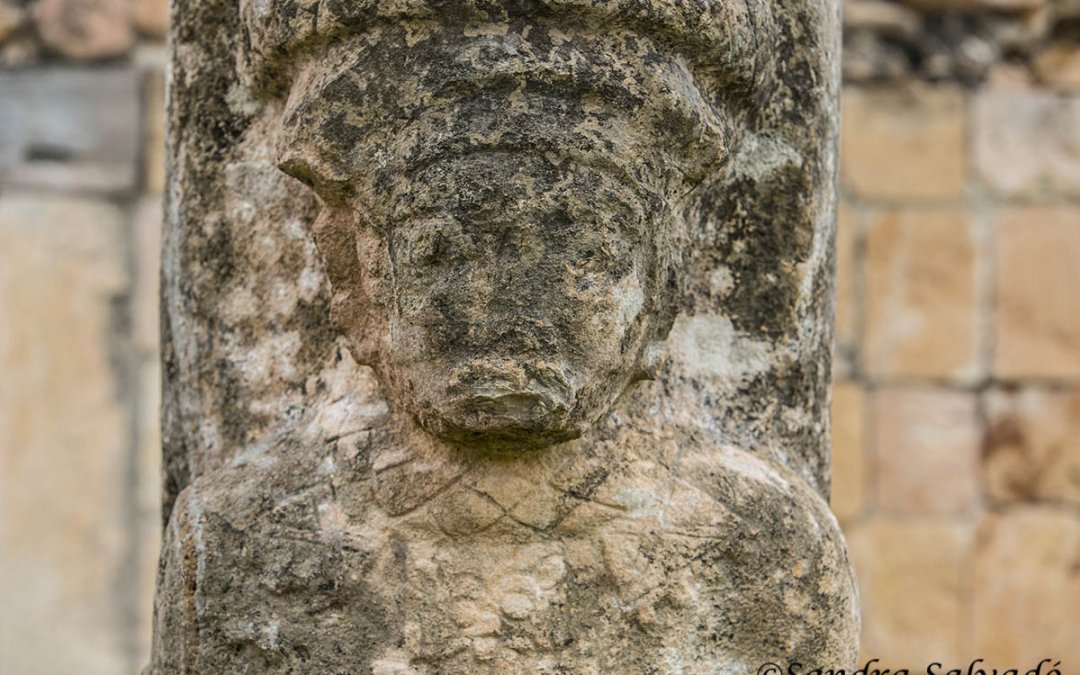 Oxkintok is one of the most important Mayan cities in northern Yucatan, an archeological site to surprise you on your way. The Mayan labyrinth is one of the treasures that Oxkintok keeps, a labyrinth?

Years ago I was watching a documentary series about Mayan cities and they talked about Oxkintok, which I did not know. What struck me most was his labyrinth, a small building that used the ancient Maya for practice initiation rituals, according to some experts. Immediately I wanted to go out and visit the place, so taking advantage of a few days of Holy Week we left the route, and one stop was Oxkintok.

I arrived with the enchinado heart of the emotion to Oxkintok. There was only a small palapa to shade the INAH workers who charged the ticket, little else; It was the 2010 year or so. I think they instantly perceived my excited smile from afar, and when I greeted them I told them something like "I was happy to be there and I really wanted to visit the maze."

To my misfortune, the labyrinth is closed to the public, something I did not know. I think that my face as a girl who gets a candy out of their mouth gave them so much pity that when they entered the room they told me: we are going to open the labyrinth. I enlightened, they are those gifts that one will not thank enough, they are unpayable.

That visit was magical, a dream fulfilled: I visited the beautiful Oxkintok and I could breathe history through the walls of the dark Mayan labyrinth of Oxkintok. A small door on the west side of the building leads us into the labyrinth, where we enter, bowing our heads in a sign of respect.

Inside we expected a series of corridors with vaults entangled in 16 bedrooms, distributed in the first two levels, and a third level that defines the three floors of the building. The third level can be climbed by a staircase on the east side. Inside the place you realize the difficulty orienting you: I really wanted to pass one of their initiatory tests in tza tun tzat.

The Mayan labyrinth is known in Maya as tza tun tzat: it is pronounced satunsat, and means laundry o place where it is easy to get lost. It is a building in which you hardly notice the attention but you know it: rectangular 10 meters by 20 and an elevation of 7 meters. A small door on the west side of the building leads to its dark interior, with the only reference of some small windows that help you on orientation and temporality thanks to the light that enters through them.

This building was used for initiatory rites, tests that had to surpass the chosen men who aspired to be priests, healers or another profession to which only a few had access, thus they are closed and maintain the circle of the powerful ones. The fact of being a labyrinth with three levels gives rise to think about the three great cosmic levels of the Mayan world: Heavenly, earthly and underground.

These levels refer to both the outer universe and the human universe, they represent both. The three levels are linked together, they form a whole. The entrance to the enclosure by the west and the exit from the third level by east, indicates that it enters the underworld or the underground plane, to leave reborn to the heavenly plane. East underworld It is a place of both death and life. Labyrinths of this type in the Mayan world are in Toniná and Yaxchilán, I don't know if anywhere else.

In the labyrinth of Oxkintok a tomb of a governor was found, which leads one to think that it was a pyramid built for that purpose. A building so small and so important.

Oxkintok is Mayan word meaning ox: three; kin: day or sun; Y capsule: flint; that is, "three flint days" or "three cutting suns". One possible meaning is also "the city of the three flint suns". There is not a glyph that tells us that the place was called that in antiquity, and the place is still under investigation.

To date, it is known that the settlement in this area of ​​northern Yucatan with a longer occupation period, from 300 aC until the year 1200 dC Unlike the rest of the Puuc cities in the area, it had its peak during the early Classic (300-500 dC) when the most monumental buildings were built, such as the case of the labyrinth Maya.

Many of these dates are obtained by the hieroglyphic inscriptions found, which shed light on the history of the place. Some contain long count dates, one of the oldest found in Yucatán. You can be accompanied by a guide to see the glyphs that Oxkintok still retains. I can not talk about it because I did not visit them, so you'll tell me how are those glyphs?

A few months ago I returned to Oxkintok, and the small palapa has been replaced by a large entrance with services for the visitor. To be honest, the tza tun tzat experience and some other details stayed with me for the first time, so this time I delighted with my visit to Oxkintok.

It was Sunday and I spent more than two hours alone in the compound, then a small group of 6 people arrived. Oxkintok gives us a wonderful visit for the different scenarios that we can appreciate: sculptures, chultunes, arches, perfectly facing entrances, esplanades, paved roads, beautiful ornamentations and great views of the Yucatan countryside.

At the entrance of the enclosure there authorized guides They offer to accompany you on your tour. Sure they give you knowledge and understanding since our inexperienced eyes see only stones, but the guides make those stones speak to us. Most of the time the vestiges give us little information about what the ancient Mayan cities were like, something that has always been lacking in the archeological zones of Mexico.

Oxkintok is divided into three large groups denominated Ah Dzib, Ah May and Ah Canul, which are connected to each other by paved roads. It is very easy to walk around the room in the opposite direction to the clock hands, so you do not leave any group. Oxkintok was much bigger than we see now, something that happens in practically all of the archaeological zones that we can visit.

What else to do in the Oxkintok area?

You can combine the visit to Oxkintok with one of the nearby caves, the most popular are the caves of Calcehtok. I have not visited them, so I can not tell you about them, but they do look good.

La Puuc Route you're on the road, Oxkintok is part of it.

And for the end I leave one of Oxkintok's best treasures: it's Mario, the happy-go-lucky maintenance worker, neighbor of nearby Maxcanú. It is always a pleasure to greet and talk with people like him on the road, of those who leave their mark.

LOCATION: Oxkintok is located 60 km from Merida. You arrive on Federal Highway 180 Mérida-Calkini, before the town of Maxcanú you see the detour that takes you to Muna, and then to the Calcehtok caves by a secondary road of 11 kilometers. From here you only have 3 kilometers to Oxkintok. There is a short route that makes the path much shorter: once you have passed Maxcanú, continue towards Campeche and at the first bridge of the federal highway there is a sign indicating a detour to Oxkintok. You have it only 10 minutes. The workers of the enclosure have enabled this path so as not to have to give so much back. Be careful, the poster is easy to see. SCHEDULE AND SERVICES: open from 8 a.m. to 17:XNUMX a.m. daily. They do not sell drinks or food inside. There are services at the entrance. PRICE ENTRY: 50 mxn. The Sundays the entrance of INAH is free for Mexicans and permanent residents. Access to archaeological zones is free every day to children under 13 years, students, teachers and senior citizens with valid credentials. HOW TO GET IN PUBLIC TRANSPORTATION? It is difficult to go by public transport, as an option I see Maxcanu in combi, and from there to the archaeological zone. From the road bridge to Oxkintok there must be 2 kilometers at most. WHAT TO BRING? Light and light clothes, hat, insect repellent, closed and comfortable shoes to climb structures and protect yourself from insect bites, some water always goes well.