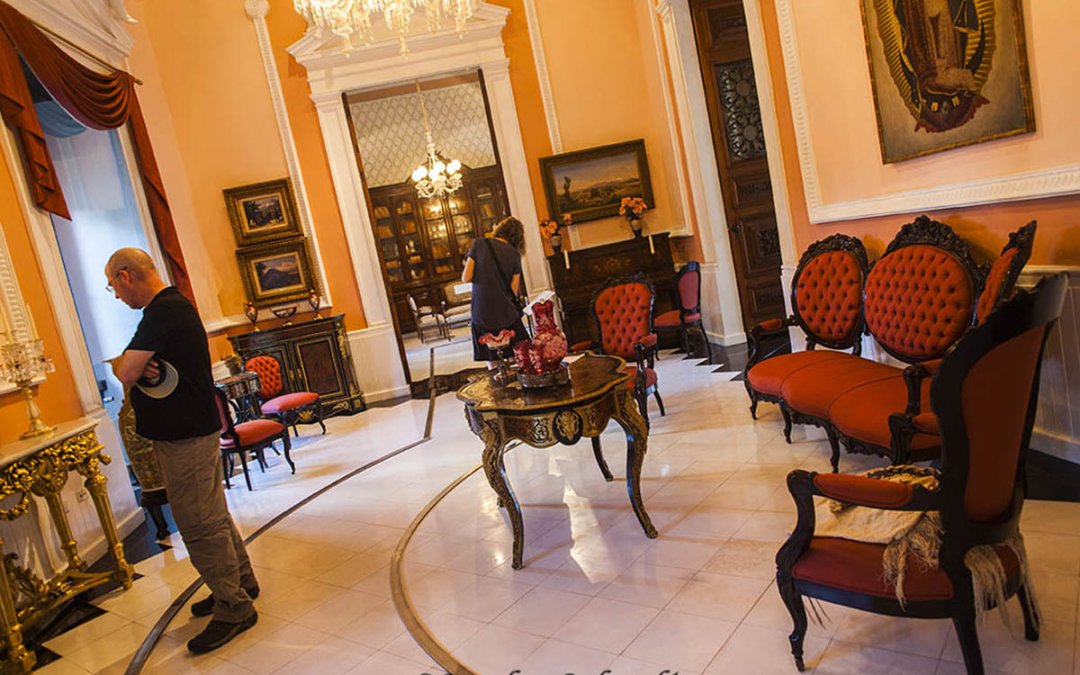 The Casa Montejo de Mérida Museum is an interesting museum of the historical past among antiquities. The historic building of the conqueror Montejo opens its doors for us to know.

The city of Merida is a bottomless closet for the curious tourist. There is much to see and enjoy, only in the big square there are 5 visits to do, and they are also free.

In the Plaza Grande of Mérida we find one of the oldest and most illustrious buildings in Mérida. The Casa de Montejo was founded between 1542 and 1549, one of the first buildings in the city.

La House of Montejo It is one of the few examples in America of the Plateresque style, belonging to the Renaissance, in civil buildings. In what little it conserves of its original façade, we see its chronicle dated as follows: "This work had the ... Adelantado ... Don Francisco de Montejo done, MDXLIX year.

Francisco de Montejo el Advanced, was the leader of the conquest of the Yucatan Peninsula. After the conquest of the ancient Mayan city of Ichkaantijoo, They renamed it Mérida and began to build the new capital under the baton of the Kingdom of Spain in 1542.

Because of his great achievements, Montejo el Advanced, had the privilege of choosing one of the lots that were to occupy the center of Mérida, which today is the Big square. Francisco de Montejo the Advanced, as he was known, died in Spain at 1543, leaving the inheritance of his house and his mandate to his son, known as Montejo the Waiter.

La Casa de Montejo has undergone many renovations and owners in more than 400 years, until in the year 1981 is acquired by another of the conquistadores current of the Peninsula, Banamex (National Bank of Mexico). After the last reform of the 2007 to the 2010 they opened it as a museum for free visit to the public.

In the actual Casa Montejo Museum You will find an attractive tour of 4 rooms decorated with furniture from different farms, other of the juicy properties of Banamex. These 4 rooms are divided into a dining room, office-library, bedroom and living room, and they preserve authentic jewels for antique lovers.

Each of the movable property of the place is cataloged in chips so you can see their origin. In this way the tour allows you a close look at the sybarite pleasures of the rich, such as vases from China and European furniture. Trade always moved by the capricious tastes of a few, and their business, of course.

Museo Casa Montejo has other rooms dedicated to traveling exhibitions with interesting expos. Leaving there is a shop where you can buy Mexican products, such as those made of henequen. This product was the green gold from Yucatan at the time of the Haciendas.

To my taste the Casa Montejo Museum It is a highly recommended visit in Merida. It is entering a small corner where you can taste the exquisite pleasures of a few, the rich.