The sacred corn in the life and food of the Mayans 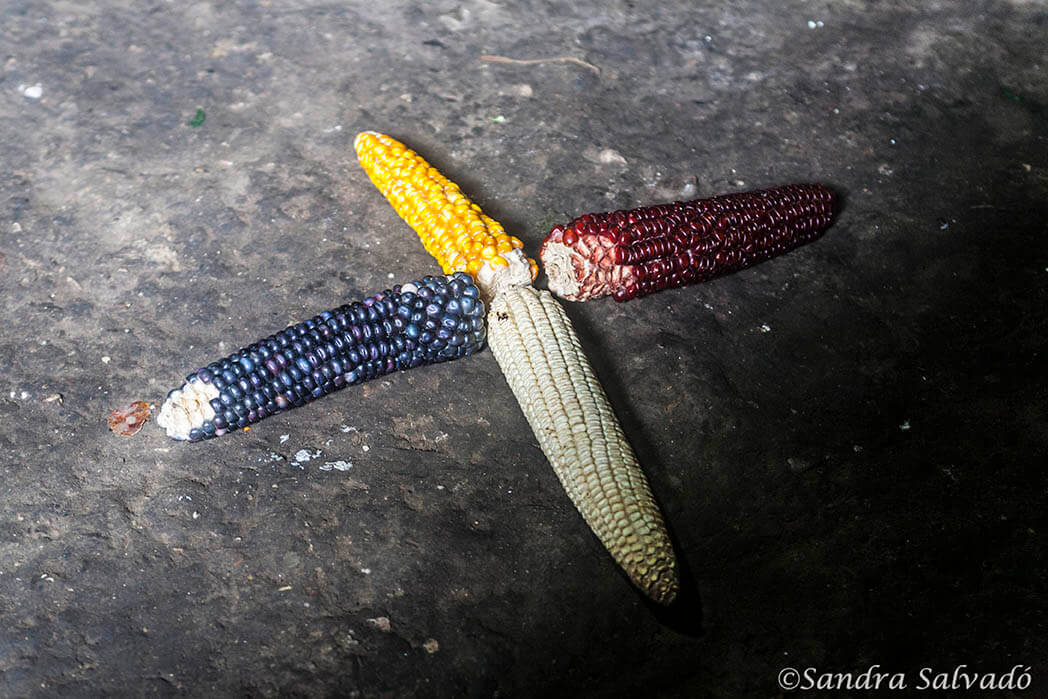 In conversation with an old Inca woman in the Sacred Valley of Peru, she asked me where I came from. I told him that I lived in Yucatán, in Mexico, in Mayan land. She replied: "land of corn, like mine, sister land."

That day, in response to the old lady's response, I seemed to begin to understand the great importance that corn had for many American peoples and continues to have. In the Mayan people this connection is perhaps stronger since their myths tell us that Mayan humanity was created with the mass of corn. They are children of corn.

This popular knowledge in the Mayan culture, it creates the awareness of knowing that they are part of a whole to which they are attached. What a nice vision to start, don't you think?

THE IMPORTANCE OF CORN TO THE MAYA

This is the level of connection of the Mayans with corn, they are made of corn dough, they are their children. This myth makes corn appear constantly in the life of the Maya, both tangible and intangible. We could come to see them as fruits of Mother Earth, they are part of it.

Corn is present in their cosmogony and in their beliefs, in their way of understanding the world. It is an inherent part of the Mayan life: we see it in its ceremonies, in its daily food, in the cornfield, in its landscapes, in its medicines.

The Mayan feels blessed in his daily life by corn, it is what feeds them, and they bless him. They treat him God, so recognized is his veneration of corn. They adore him daily with some rituals, thoughts or representations, as simple as that.

CORN AS FOOD FOR THE MAYA

The corn (ixim) in mayan language) was the basis of the Mayan diet from the ancients. Just as in several countries in Europe wheat bread is the base or in Asia rice, in America in many countries the corn tortilla is the base of the kitchen.

With the corn they make tortillas, tamales, atole or pozol. Corn along with beans were the first foods grown by the Mayans old. Little by little they were adding other foods like pumpkin, avocado or papaya in their diet. To flavor all this, they used chilies, vanilla, cocoa or honey. The same they were adding meats and seafood. And in all the dishes the corn tortilla is always present.

I guarantee you that there cannot be a family reunion, celebration or ceremony in which a tortilla is missing from a table, impossible. Everyday is in their food, not a day goes by without an omelette. From very early in the morning all the tortillerías of cities and towns in Mexico that make dough wake up with the day and offer their product. This daily life reminds me of when I was sent daily to buy bread in Barcelona with the cloth bag.

Connoisseurs say that they have nothing to do with a tortilla made by hand or machineThat is why the traditional omelette is still absolutely in use. Especially in small towns, where tortillas are still made by hand in many houses. This activity of making tortillas by hand in families occupies a good time in the daily life of many Mayan women.

Mainly women are designated in these tasks of making tortillasAlthough every child has made tortillas with his mother, grandmother, or aunts, for what they know how to do. This time to make tortillas is a time for gossip, something very important in most cultures. Surely it is something we have done all of sharing gossip with family or friends in the kitchen.

The Mayan milpa system is a type of low-intensity ancestral agriculture that, based on practices such as the grave, slash and burn, establishes crops of corn, beans and squash. Fountain on the Mayan cornfield with interesting data to those who are interested.

The importance of maize in the life of the Maya is so evident that in the time of the Haciendas, the landowners did not have a fool's hair, and they provided land to the "well-behaved" Maya to have cornfields within the haciendas. With the purpose that the men support their families and not break in this way with the tradition of the head of the family as the provider of food.

The Mayan calendar, one of the most brilliant conquests of the human mind, was originally due to those needs to know the precise time in which they should sow and harvest. Talking to the people of this land, they name the days of the solstice as the beginning of the sowing or the end of the harvest.

Mayan beliefs were built around agriculture and influential deities such as the deity of rain or that of the wind. He corn It is the small sun that illuminates them on Earth, that is why they constantly revolve around it.

The milpa for the Maya continues to be, in addition to being a fundamental part of rural families, a space where they meet to talk, have a drink or gossip. It becomes their meeting place, just as parks, squares or zócalos are in cities and towns.

WHAT IS THE GOD OF THE MAYAN CORN CALLED

As we are seeing, it is not surprising that corn is a deity. The ancients named and drew the deity in different ways. Although there are several examples of representations of the Mayan corn god, his name is not entirely known. The hieroglyph accompanying his images in the codices has been read as nal (corn).

Nal is supposed to be the name of the Mayan corn god (Source) There are alternative versions with the name of Yum Ka'ax, Ah Mun, Yum K'aaz or Yum Uil). He is also called as the lord of the woods. On different occasions he is represented holding in his hands a vessel with three ears and a hat in the shape of corn.

HOW THE GOD OF THE MAYAN CORN IS REPRESENTED

For Nal or Yum Kaax the human being was his most fervent ally on Earth, since with their ceremonies they helped him to attract rain and to drive away the plagues. Yum Kaax was a young, beautiful and inexperienced god with a great responsibility for his lack of experience, but thanks to the help he obtained by joining efforts with the human being and other deities such as rain, his role was greater.

That is why its physical characteristics when being represented it is that of a young man with a marked cranial deformation and without any animal features; it is the very image of humans. He is a very handsome deity with long hair and a beautiful face.

The Mayan god of corn performs many sacred rites in the underworld as a way of thanking good planting, harvesting and food. Contemporary Maya continues to give offerings to deities. It may already be that they are offered the first fruits of their fields to ask for protection of their crops or different corn drinks, depending on the reason for the offering.

Despite the Catholic conquest in Mayan lands in the XNUMXth century, something that completely changed the panorama of history, the Mayan continued with its deities and rituals. Offerings are commonplace in the daily life of contemporary Maya, especially in rural areas, where traditions are more attached.

Traveling helps us continue to know our vast humanity and enjoy the healthy curiosity that comes from knowing other cultures.. I write with the humility of a foreigner alien to the Mayan culture, trying to get a little closer to it, knowing how complicated it is to talk about what is not proper.

I have been very lucky on this journey through the Mayan world to share many experiences with locals, allowing me to observe and learn from their culture. Surely their love of corn is one of the most beautiful I have discovered in them. Thanks to food is something that many cultures have lost.