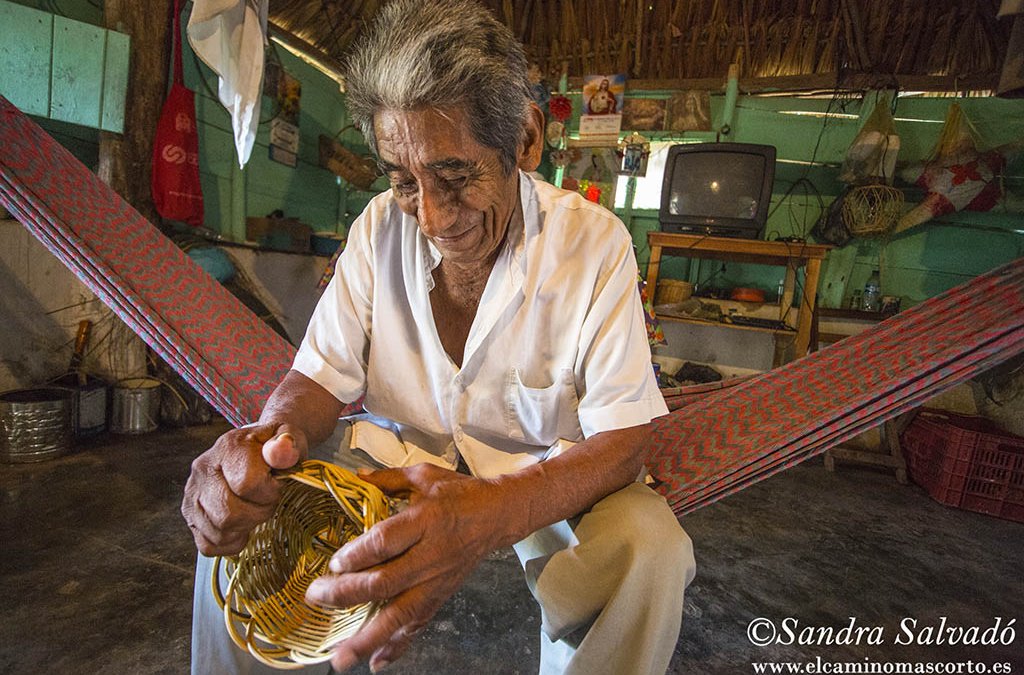 The Yucatan Peninsula is Mayan land, Mayab called it. The Peninsula is currently divided into the states of Campeche, Quintana Roo and Yucatán. Each one of them with a lot to discover and with a different personality. Many worlds in the same peninsula.

The land that emerges from the sea between the Caribbean and the Gulf of Yucatan forms the Yucatan Peninsula. It is a karst land that thanks to its geological formation gives us one of the wonders here, the cenotes. The peninsula is one of the mecca of cave diving, not to mention the beautiful Caribbean.

Caves, cenotes, Mayan settlements, fauna, jungle, haciendas … All of this is found in all three states. For beauty competition is difficult, if it is necessary to compete ... human manias!

The three states that make up the Yucatan Peninsula, Campeche, Quintana Roo y Yucatan, they have differentiated personalities that seem to be divided according to the line that traces them, although none is satisfied with the dimensions .... Neighborhood fights are a classic on our Planet.

Yucatan is  status with more weight in the history of the Yucatan Peninsula, it was one of the 19 federated states of the Constitution of 1824, and at the beginning it occupied the entire Peninsula. They are the highest identity here, and that is how they feel it, with Yucatecan pride.

Su capital Mérida, of mestizo roots, is the cultural capital of the state. Solera with its own personality of capital within so many peoples of Mayan history. During the colonization period, the most important populations were founded, this is where the henequen industry in the Haciendas. Much of the Mayan population lived as slaves working in these. The original people have unfortunately been in inferior conditions that since the colonizer arrived, the wounds are so serious. In this state it is where you can surely live more closely the tradition of the current Maya. A state with a firm and clear identity.

In state of Campeche, its beautiful capital colonial San Francisco Campeche, proudly displays the tourist claim. It is the state and personality that I know the least, but I dare say, because it has happened to many, that when arriving from Yucatan or Quinatna Roo to Campeche you know yourself immediately in another place, people are treated differently here. As it is. In this land the last battles of the Mayans were fought in defense of the colonizers, Campeche is full of Mayan pride, which fondly unites them all. Its more contemporary settlers fought tough battles against English pirates. The state of Campeche was founded in 1862 by Benito Juárez. Campeche has clear signs, it is a different state and they like it that way.

Quintana Roo It is the state that hosts the largest bulk of tourists. It occupies the eastern fringe of the Peninsula, it is its great claim, without a doubt. A tourist industry that generates a lot of money has grown around it, it is the main economic engine of the Peninsula. It was one of the least inhabited areas historically and many important populations such as Playa del Carmen, have been developed for a few years. That denotes little identity in this young state of 1902, whose Chetumal capital, very south of the tourist center, hardly generates charm. During the War of Castes grew in population, and tourism has just captured the personality of the state. In what areas it seems that people are more in step than to stay. I imagine that with time we will trace the Quintana Roo pride in a land of very old footprints. "Those Belizeans" that said a Yucatecan in plan pique.

The three states form this puzzle of the Yucatan Peninsula, a land of different personalities full of beauties, a piece of land very appetizing to know. One lucky thing to have the opportunity to live in this Mayan land, happy.