Mayan stelae, what do they tell us? 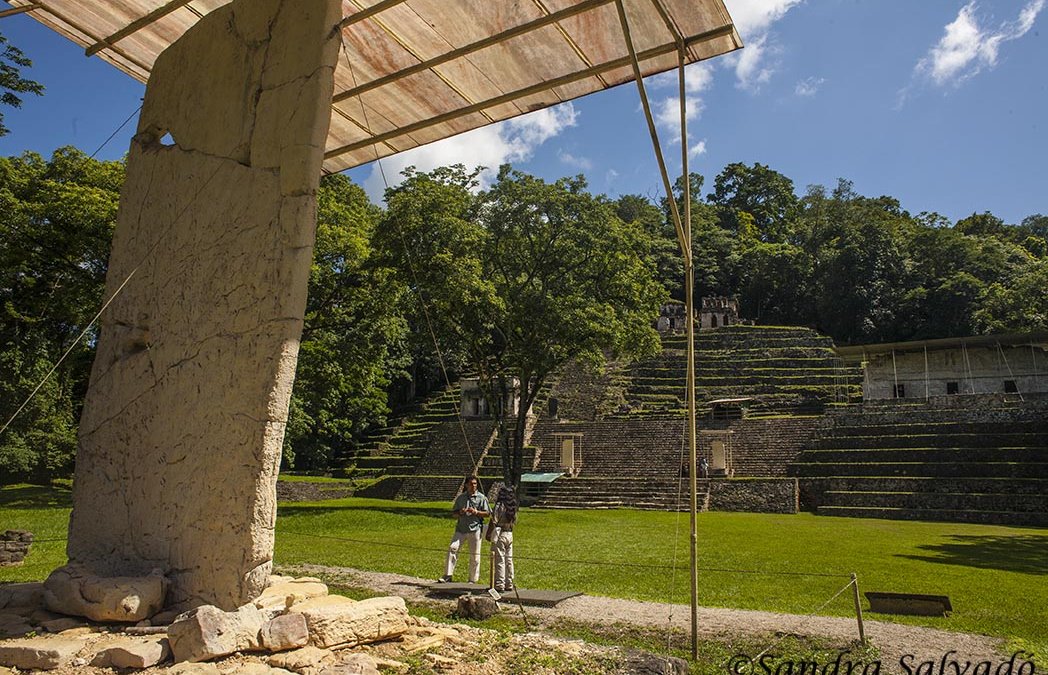 The majority of Maya writing records are in ceramics, stelae and codices. The Mayan writings have allowed to obtain a greater knowledge of the Mayan civilization. What do the stelae tell us?

The Mayan stelae They were carved in stone, mainly limestone. Most stelae have a rectangular shape, the most used form in the Mayan culture. Others of circular shapes we know them as altars. Sometimes these two forms are shown together.

The content of the writings are of a political nature and their reading is almost always done from right to left. Some vertically. Many steles contain figures of the rulers, others are engraved on all sides, others only on one side, there are of all sizes and beauty. The stela of Quiriguá in Guatemala it reaches 10,6 meters in height. That wonder is worth a trip to the area.

What do the Mayan stelae tell us?

The stelae, like most records of Mayan writing, is developed during the Classic Period, which comprises 250 aC to the year 900 d. C. It was the period of maximum splendor of the Mayan civilization.

During this period, the largest number of stelae is recorded. They narrated the important events of the great kings and princes who ruled the cities of the Classic as Calakmul, Two Stacks, Tikal, Palenque, Copán, Quiriguá, Bonampak, Tonina, Cobá, Yaxchilan, Piedras Negras. The stelae of Piedras Negras were the basis for the study of Mayan epigraphy made by Tatiana Proskouriakoff.

Tatiana discovered that the stelae were chronic, dating victorious battles, coming to power. These dated stories, once adjusted to our Gregorian calendar, they have provided the dates of great events of the Classic. Something of incalculable value for the knowledge of the Mayan civilization.

What role did the Mayan stelae have?

They came to be like political campaigns of the Governors, stories enhancing their figure and feats. They were placed in a studied way in the squares, in the ceremonial centers, in strategic places where they could be seen well, and many respecting the outline of the Mayan worldview. Although the population did not know how to read (it was the power of a few), they did know that they spoke of the governor, his wealth, his prestige and his royal ancestry. If they talk about you, it means that you do important things. They embellished their own figure by engraving themselves on large stelae demonstrating power and wisdom in ceremonial acts. At the graphic level it is a marvel, a beautiful writing.

What is the legacy of Mayan stelae?

La Mayan civilization suffers a collapse at the end of the Classic Period, from 700 AD onwards. From this period stelae cease to be made, there are hardly any records. It is one of the data that concludes in the study of the Mayan collapse. Art, studies, refinements, science, pampering for beauty ... it was no longer the same, it was not repeated to live again under that cultural and intellectual splendor. Many cities were abandoned and with them the stelae, neglected to their fate. 650 years passed from the collapse until the arrival of the Spanish colonizer, many years of those stelae in the open.

The conquest provoked a violent war which did not help at all in the conservation of the Mayan heritage. The tropical climate of the Mayan lands played a decisive role in the conservation of the stelae: the amount of rain which falls is demolishing for limestone from Mayan lands, which are easily eroded. The stelae were located out in the open as we have seen. Interest in Maya civilization wakes up in the 19th century, until that time looting They have been the order of the day in the entire Mayan territory, and they continue. We must continue educating ourselves on the importance of preserving our past relics. And we always remember the factor tiempo, that everything erodes irreversibly if one does not have the care, the interest and the love to preserve it.

It is true that the stones whisper to us, stelae of the Maya if they do it. It is fascinating to visit Mayan cities and be able to be in front of one of the many stelae we find, some lying down walking through the jungle, imagining what they tell. Yes they whisper, yes.

There are exquisite calligraphies on stelae, exciting to read a wake, very exciting.