Discover the Mayan writing, a great legacy of the ancients 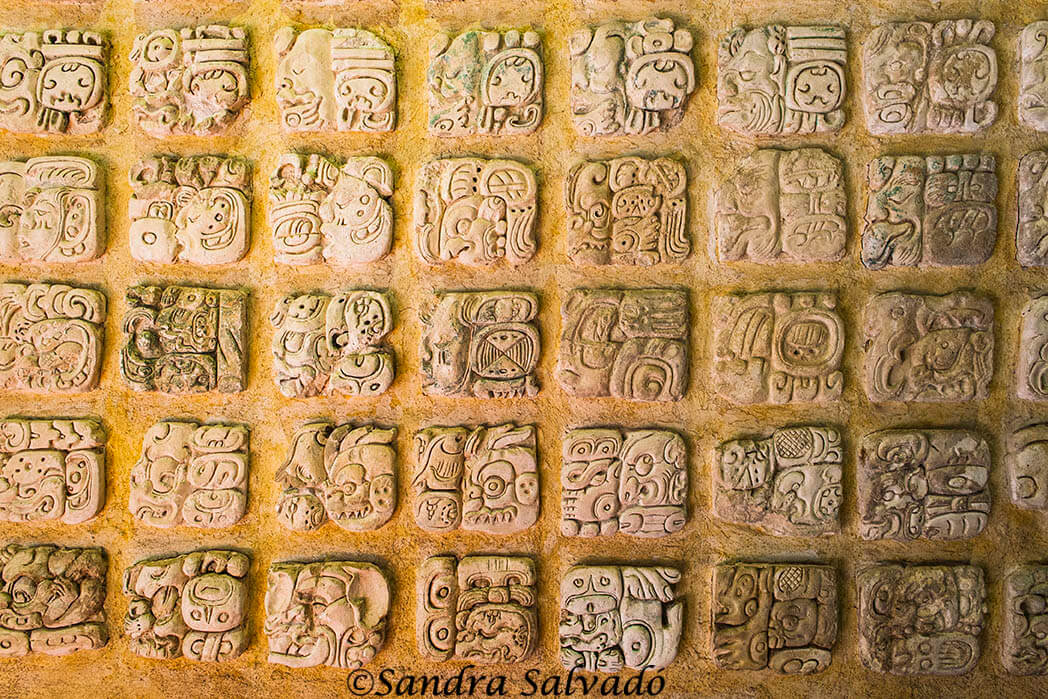 Maya writing is based on glyphs. Thanks to the epigraphic study, this beautiful writing has been deciphered. Graphic documents have provided the great bulk of information we have about the Maya.

Of the pre-Hispanic civilizations and cultures of America, the Mayan civilization is the only one we can say that had writing. Other Mesoamerican cultures such as Toltec or Aztec share a calendar, and as with the Andean of the Incas, there are indications that they had a basic writing, but can not be classified as such.

WHAT IS THE MAYAN WRITING BASED ON?

Maya writing is based on glyphs, governed by a syllabic system in combination with idiographic glyphs (logograms). This means that there are syllabic glyphs and others that represent an idea with an icon.

If we want to compare it with some other writing on the Planet, It would be Japanese writing that most closely resembles it.

HOW THE MAYAN WRITING WAS DECIPHED

The easiest to decipher in the Mayan writing were the dates, based on the Mayan numerology of points and bars. This caused that for many years it was mistakenly thought that non-numerical glyphs were only idiographic and were gods, representations that accompanied numbers.

They thought that the writing was calendar dates, astronomy accounts, numerical cycles, they thought it was only calculations, not words.

In the sixteenth century the Franciscan Diego de Landa made an attempt to develop a Mayan alphabet transcribed into Spanish. These notes, without being precise in the knowledge of the Mayan writing, served as false clues in the decipherment of the Mayan epigraphy by the English archaeologist J. Eric S. Thompson and the Russian linguist Yuri Valentinovich Knórosov.

It is not until 1960, following Russian studies Yuri Knórosov about a probable syllabic and non-idiographic system, which Tatiana Proskuriakova concludes in her investigation of the glyphs of Piedras Negras (Guatemala) that the written are biographical chronicles of rulers. In this way he discovers that there is narration, there is a story, there is written history.

From this point on, epigraphic researchers, archaeologists, linguists, and curious people have been deciphering glyph by glyph, comparing each other and drawing conclusions until they deciphered much of the Mayan epigraphy. This has been a brutal advance for researchers in the Mayan world.

It is undoubtedly one of the great civilizations in the History of Humanity.

WHAT SUPPORTS MAYA USED TO WRITE

Mayan writing is a gift given by deities, it is not for everyone. The Mayan elite surrounded their surroundings with glyphs. They embellished the cities with their writing, used the writings as pictures or murals, their vessels were adorned with glyphs, as well as other personal objects.

The ancients used writing on different supports, and used different tools to write on them:

The glyphs of Piedras Negras that Tatiana Proskuriakova investigated were engraved on limestone, most of them were stelae that had been left exposed to deterioration.

DIFFERENT USES OF WRITING IN THE ANCIENT MAYAN WORLD

Mayan writing was used for different tasks. Sometimes as an account of war or special events, others for the simple fact of beautifying a wall and object, others to keep written knowledge of astronomy, medicinal plants or mathematics.

We saw that it is a gift given, and that it is not available to everyone, only the elite. The rulers used the gift of the word for different purposes.

Several factors are the cause of the little material that has arrived well preserved for research.

WHAT MAYA LANGUAGE THE WRITINGS USE

The majority of written records are from the so-called Classic Period, which includes 250 BC per year 900 d. C. It was the period of maximum splendor of the Mayan civilization, of the great lineages, battles, art, discoveries, advances, developments ...

The Mayan languages They have been studied for a long time, they are a group of several. There is almost general agreement about the 8 large sub-groups coming from a common root, which is like the Latin for Romance languages.

Within this classification, Cho'lan is considered the language Classic Maya, the one most related to hieroglyphics, but it is not the only one of which there are records. Of the maya Yukateka and Maya Tzeltal there are also written records. Linguists and epigraphists propose that classical Cho'olti'an was used as the language of the elite.

WHO WERE THE SCRIBES IN THE MAYAN WORLD

La deed As knowledge, it has not been available to all humans in our history. It was an art for a select few, all belonging to the ruling elite, of course. The princes and noble craftsmen learned the art of writing, they were blessed with this gift of deities.

Scribes in the Mayan world signed some of his works, just as painters do today. His calligraphies were so much recreated and adorned that it has sometimes become difficult to compare glyphs of the same meaning (same in spelling). Within Mayan cosmology, the deity of wisdom, knowledge, arts and writing is represented by a monkey.

I love this monkey projection, since I see the human being as resated monkeys.

Time brings us new surprises that will broaden our knowledge about the Mayan civilization.. Surely they remain to discover glyphs, murals, steles and vessels that remain hidden in the Mayan vestiges that devour the jungle.