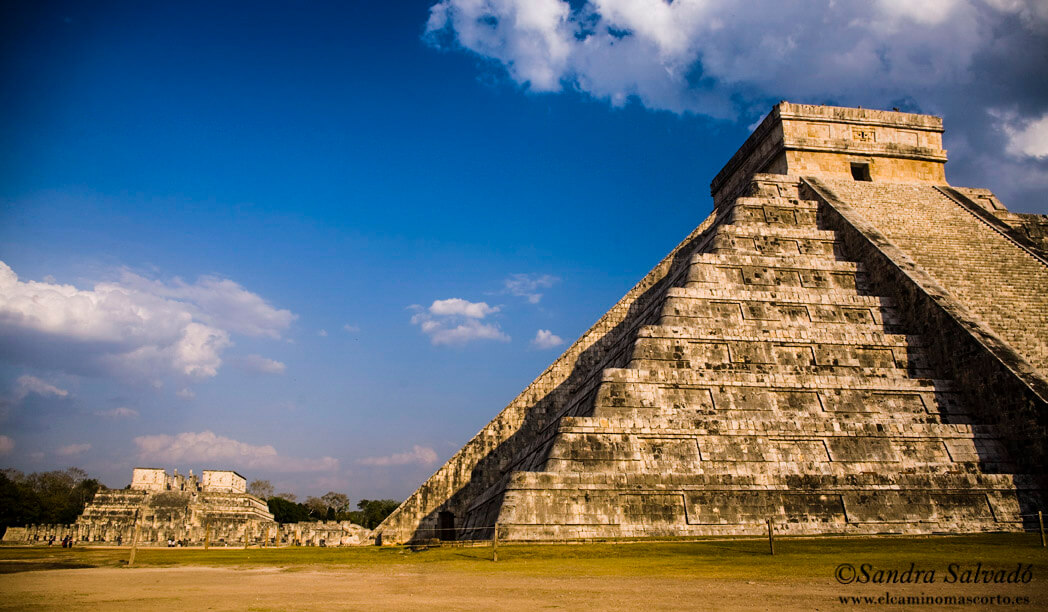 The ancient Mayan cities are built recreating their cosmogonic vision and the arrangement of the stars in the celestial vault. The Sun star was the main pattern in this distribution.

The equinoxes and solstices in Mayan cities are an event for many visitors and locals. We have several opportunities to appreciate these phenomena in ancient Mayan cities, where archaeoastronomic phenomena can be appreciated.

How the ancient Maya built the cities

We know that the Mayans they built their cities keeping in mind his cosmogonic vision, with the stars as references when building. The ancient Mayan cities are oriented towards the movement of astros. We could say that looking at the stars through their buildings and Shadows who projected they could know what time of the year they were.

This visual game was a way of being in line with his vision of the world, beautifying the cities, expressing his knowledge and reaffirming the power of the governor.

The maya learned by observing nature, the stars and their cyclic repetitions, which made them recognized mathematicians y astronomers. The important buildings were built with the purpose of staging their cosmology, relying on the trajectory of the stars and the different forms of shadows that the sun can create on buildings.

These visual games they are known as Archaeoastronomical phenomena, and we find them in various cultures on the planet. They are pure mathematics, a beauty. The most notorious examples in the Mayan world of the equinoxes are the shadow projected in the shape of a serpent, emulating Kukulcán, descending the Chichén Itzá Castle, and the sun rising in Dzibilchaltun.

Equinoxes and solstices in Mayan cities

During the equinoxes y solstices, solar phenomena, some of these visual games are observed in cities such as the aforementioned Chichén Itzá and Dziblichaltún, Mayapán, Edzná, Uxmal, Uaxactún, Palenque. In fact, in most Mayan cities We could find some visual reference.

Some archeological zones extend their schedules on these special dates, but don't be disappointed if the INAH, institution that manages the archaeological zones, does not do it in many, leaving many curious travelers without enjoying this marvel.

What are the equinoxes

The equinoxes They are given twice a year. It is the moment when the Sun crosses the Earth's equator, when the day has the same hours of light as night, balance.

We have the spring equinox the March 21-22 and the autumn equinox the 22-23 of September, calendrical patterns in the planting of the land in the Mayan civilization, as in other cultures.

What are the solstices

The solstices They are also given twice a year. It is the moment when the Sun is at the poles of the Earth: when it is near the pole of our hemisphere it marks the summer, and on the opposite pole the winter.

The solstice marks the increase or decrease of daylight hours, being in the Northern Hemisphere, where we place the Mayan civilization, the Winter Solstice December 21-22 with fewer hours of light and the Summer Solstice the June 21-23 with more hours.

These were special dates in the Mayan world, as they have been in so many cultures with one or other referents. In the Mayan cities they held celebrations thanking the god-stars, for the good planting start, the harvesting, commemorated victories and coronations. In these ceremonies the Archaeoastronomical phenomena they accompanied in a beautiful and spectacular way the dynamics of the parties, being an important part of the festivities, which sometimes lasted for weeks.

The maya he has always been aware of the cosmos. I think that many cultures have stopped looking at the sky and that takes us away from our roots. Today, the Maya continue to look at the sky, feasting on the sun and the stars, and sowing their bread as dictated by heaven. In that I envy them culturally.

Where to see equinoxes and solstices in Yucatán

Some archaeological zones extend schedules to see these phenomena. As this varies with the years, I link you to the website of the INAH, where you can consult them.

Dzibilchaltún for the winter solstice, the December 21-22 day and Edzná for the spring equinox, the 21 day in March, they have opened some years. As it is something that changes, better inform you with them.

I mention as a special case Chichén Itzá, being the best known. During the spring equinox, the 21 day in March, the sun sets over the 17: 20 and the area closes at its usual 17 time, emptying the site to the 16: 45. So you do not see it whole. And in the autumn equinox, the 22-23 of September, the sun sets later, so it is not appreciated either. Does it cost so much to extend the schedule? Why they do not do it is a mystery to me, like so many others.