Finados, Janal Pixán, Day of the Dead in Mayan land 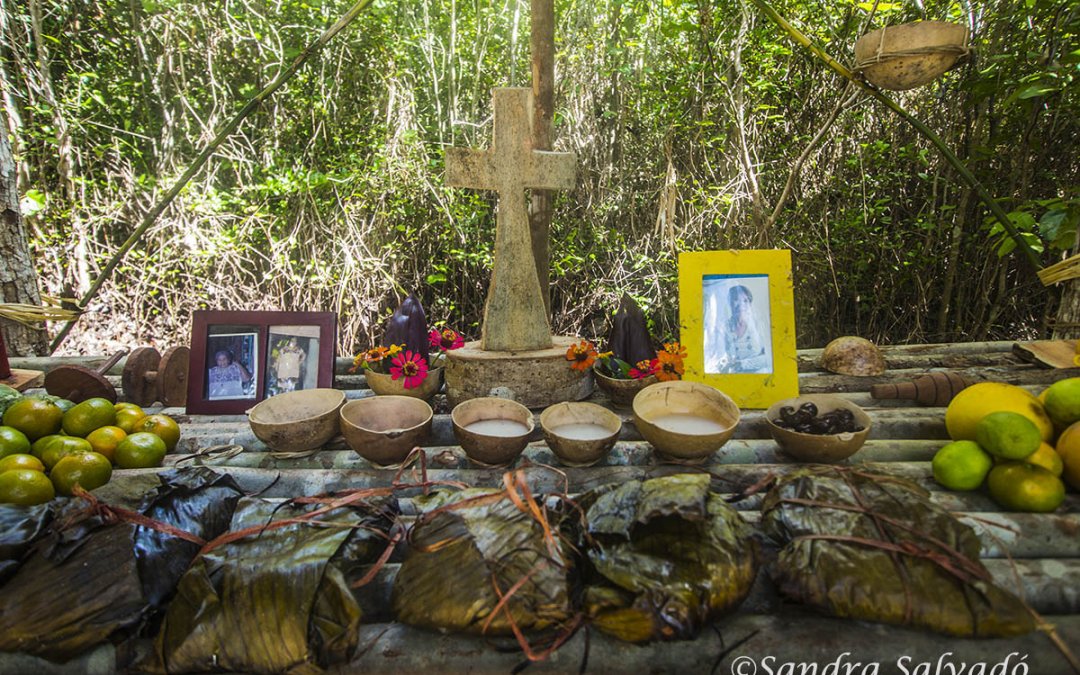 Mexico is known for its special interaction with death. For Día de Muertos, Mexico celebrates its deceased through many amazing traditions in its vast territory. The Mayan people have their own tradition, known as Dead o janal pixan.

Día de Muertos is one of the most popular celebrations in Mexico, the traditional and cultural range of Día de Muertos throughout the Mexican Republic is impressive. Before death we can appreciate the syncretism between the pre-Hispanic beliefs linked to the cultural and religious disembarkation of the Catholic conquerors, giving way to a unique festival in the world. As always in this blog we are going to focus on the Mayan tradition, the celebration they call Finados, and more recently Janal Pixán.

A grammatical question that the teacher José Natividad Ic Xec clarifies on his website How do you write Janal Pixán or Hanal Pixan?

The souls of the dead are allowed to return to their homes where relatives receive them with offerings from October 31 to November 2. According to the tradition:

Janal Pixan, banquet or meal of souls, is the Mayan tradition for Day of the Dead. The Mayans know these days as Los Finados, really Janal Pixán is a term that has been coined for decades from a government initiative to publicize this event of the Mayan culture in a popular way.

The ancient Maya did not have special dates, as is the case today, to receive and venerate their dead. As well as other pre-Hispanic cultures, the Mayans buried their dead in various ways: inside their houses, taking advantage of cavities such as caves, caves and even cenotes as archaeological evidence has shown us, and in extraordinary cases they built exclusive buildings for preserve corpses of special people.

The pre-Hispanic Mayans paid tribute to their dead ancestors on a daily basis, without special dates, with offerings in designated spaces inside their homes.

Finados or Janal Pixán is not a public event, it is something intimate that happens in families, in the gathering of the house.

THE ALTARES OF JANAL PIXÁN

I have been in the making of several altars of Mexican friends and I assure you that the enthusiasm and devotion for this tradition exceeds what it can transmit to you. On the dates of the Day of the Dead, relatives await the visit of their deceased in their homes. These offerings to the dead are made in what we call altars, a Catholic footprint that is an inherent part of the ancient tradition. The Mexicans put their altar in the house, a place where they offer to the dead who went ahead of them on the road and they are received.

The altars must be located in a special place. In the table that makes up the altar, a decoration with candles, flowers of the type xpujuc as they are known in the Mayan area, which are wild flowers of orange and yellow colors, the new tablecloths (as well as we release or we put the best tablecloth for Christmas or any important celebration) and the photos of the deceased next to the food offerings: Breakfast, lunch and dinner. A glass of water and another of salt is representative of life and death on the altars.

In the Mayan area, something traditional to eat could be a chocolate in a jícara container with a bread and a coffee for breakfast, and for lunch and dinner the traditional pib (roast made underground, buried) is usually prepared, a kind of Very consistent tamales. This food is what the deceased takes and endures him for many days on his long journey. There is also no shortage of traditional drinks extracted from corn such as atole, and spirits that the deceased liked. On the 31st, the children's day, papaya or coconut sweets and some small toys are usually left on the altar.

In the markets of all towns for Janal Pixán we find all the necessary decorations. It is very nice to go to the markets at this time.

WHERE TO ENJOY THE ALTARES FOR THE DAY OF THE DEAD?

The altars are beautiful, some families spend many days making their altars. If you have a friend who invites you to share the elaboration of the altar, do not even think about it, you're in luck. With the years they have been doing contests of altars in the towns, where you can enjoy examples of different altars in town halls and squares. Wherever you are traveling those days, look at local events and participate in whatever you can. Mérida, Campeche, Valladolid and Izamal, among many other populations not as well known abroad as Felipe Carrillo Puerto, where they make different events those days.

THE CEMETERIES FOR THE DAY OF THE DEAD

As we have explained that the altar is something intimate that is placed in the houses to receive relatives, in the cemeteries there is also activity those days. Tradition makes families wait for their dead and approach cemeteries to dress the dead That means they will clean the graves of the dead, repaint them in those days, everything must be clean for the arrival of souls. It is easy to see family members in the cemeteries taking even food offerings to the graves, and drinking beer and singing their favorite music.

WHERE TO CELEBRATE DAY OF DEAD IN THE CEMETERIES?

There are several cemeteries in the Peninsula where the relatives come to take care of the tombs in those dates. Among them I emphasize the cemeteries of two populations, where they picturesquely celebrate these dates: Pomuch and Hoctún.

On 2 days in November, Masses are usually celebrated in cemeteries

In the Yucatan Peninsula there is a traditionally shocking and surprising place to celebrate, is Pomuch, a small town of Campeche. Here they do not bury the dead in the conventional way, here the bones are kept in open boxes, and on these dates dress up your dead it represents cleaning the bones of the deceased one by one with a sincere and solemn love that moves. You can attend the cemetery for those dates in Pomuch, and inform yourself of the events that make through your Facebook.

Another of the cemeteries where you can go out to enjoy these days of colorful and tradition is Hoctún, a small Yucatecan population, where dress the dead is to paint the tombs of his old cemetery.

I really hope you have the opportunity to live the tradition in these lands, they are unique dates where we can celebrate those we want who have already left. I have been able to honor my beloved and longed-for mother, like my other dead, with these traditions that are alien to my own culture, which are somehow strangely closer to mine. Happy at heart and grateful for the time spent with them. That we know how to value life time and enjoy our loved ones and our environment in a healthy way.

I leave the recipe for Pan de Muertos, these days can not miss

Remember that in the section of MAYAN CULTURE you can read more articles related to local culture. The video that I leave you below seems to me a narrative beauty so that you can visualize and understand Janal Pixán much better than with my words. Take your time, it's worth it.

As we always wish you a good path,