Meet the Mayan architectural style Río Bec and its cities 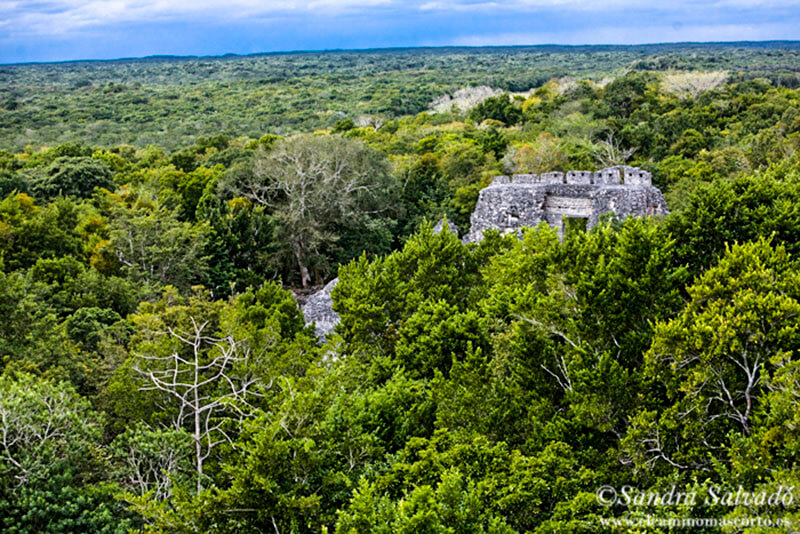 Within the Mayan civilization there are several architectural styles. The river known as Bec River, developed in the south of the Yucatan Peninsula, where some of the oldest and most beautiful ancient Mayan cities can be found.

The Río Bec style is defined by its own characteristics and by areas. As well as other architectural styles such as Puuc, Chen, Petén or that of the East Coast.

The vestiges that belong to the Río Bec style are the ancient cities of Chicanná, Xpujil, Balamkú, Río Bec (with the same name as the style), Nadzca'an, Becán and Hormiguero, among many other less known cities and others that remain hidden. In nature.

The jewel of the south is Calakmul, how to get to Calakmul

The Rio Bec architectural style is characterized by its towers, the rounded finish of its corners and its false stairways. To embellish the buildings and feed their idea of ​​the world, they represented their vision and creation myths on the walls of the buildings with beautiful animal-shaped masks and geometric designs.

Many of these representations can still be appreciated, this southern path is walking amid pure art, many surprises await you.

All these archaeological settlements are on the road between Chetumal and Escárcega. Let's talk about those of Rio Bec style more accessible to visit, those that are closest to the road.

The archaeological zone of Xpuhil, just a few meters from the town of Xpuhil (the largest you cross in this area), is a pleasant walk between young trees that lead you through the different structures, the most surprising being that of the three towers.

Despite being so attached to the road it is easy to see some exotic animal and bird, here the nature wins over humans.

Becán, although not very popular, is one of the most impressive Mayan cities you will see on the Peninsula. With large buildings, ceremonial squares and one of the few moats that have been found in the Mayan civilization. Climb the buildings, the views are spectacular.

In Becán you will be able to appreciate how the accesses to the ceremonial places were restricted to the Mayan elite, who lived isolated from the rest, haven't we changed so much, right?

Chicanna It is an archaeological zone with many details, where you walk through the jungle by structures and buildings with one of the most appreciated decorations in the area. As a great example, Structure II of Chicanna is always pointed out. For me to see this wonder, it is already worth knowing the place, which surprises many travelers for its beauty.

One of the facades more colossal and better preserved of the Mayan world, that awaits you in the archaeological zone of  Anthill, one of the emblematic structures of Rio Bec style.

La Structure II of Hormiguero It measures about 45 meters long, its rounded corners are typical of the Rio Bec, with stairways. Losing yourself in this small Mayan settlement is a gift.

And finally, a little further from the rest, is Balamkú, which holds one of the most beautiful treasures of the Mayan civilization, but to see it you must ask for the key ... That's right, inside the enclosure, and kept locked, there is one of the best preserved original friezes.

Ask at the entrance to open the door and enjoy the frieze. Howler monkeys are usually seen in groups in the central square, sometimes you think you see King Louie from The book of the jungle.

As I usually say of the archaeological zones, they are real recreational spaces for the imagination. Visiting them with minimal knowledge about the Mayan civilization It will make your visit much more profitable, at least I think so.

Many say they are just stones, but they don't know that the stones speak, you have to know how to listen to them.

HOW TO TRAVEL THIS SOUTH AREA? These Mayan ruins are on federal highway 186 that connects Chetumal with Escárcega. All are well signposted. Traveling by car is what I recommend in this area, you can do it for free by public transport. The most important population is Xpuhil. Public transport reaches Xpuhil from Escárcega (2 hours), Chetumal (1'40 ″ h) and Campeche (4'30 ″ h).  Official Web of the main bus company that operates in the area. With the groups you can stop anywhere you want on the road or move by taxi from Xpuhil. NEARBY ACCOMMODATIONS: Hotels near Calakmul WHAT ELSE IN THIS AREA? Other Mayan cities such as Kohunlich or Dzibanché, and the colossal Calakmul are other settlements to visit. The Cave of the Bats is something unmissable. WHAT TO BRING? Light and light clothing, hat, insect repellent, sunscreen, closed shoes better to climb the pyramids and some water always goes well.